My notes on this chapter are short because I found it very easy, which I expected. I’ve looked basic recursion stuff before in detail, so this is more of a review.

This chapter introduces the “combining” method of recursion with an example of a procedure that does the following: 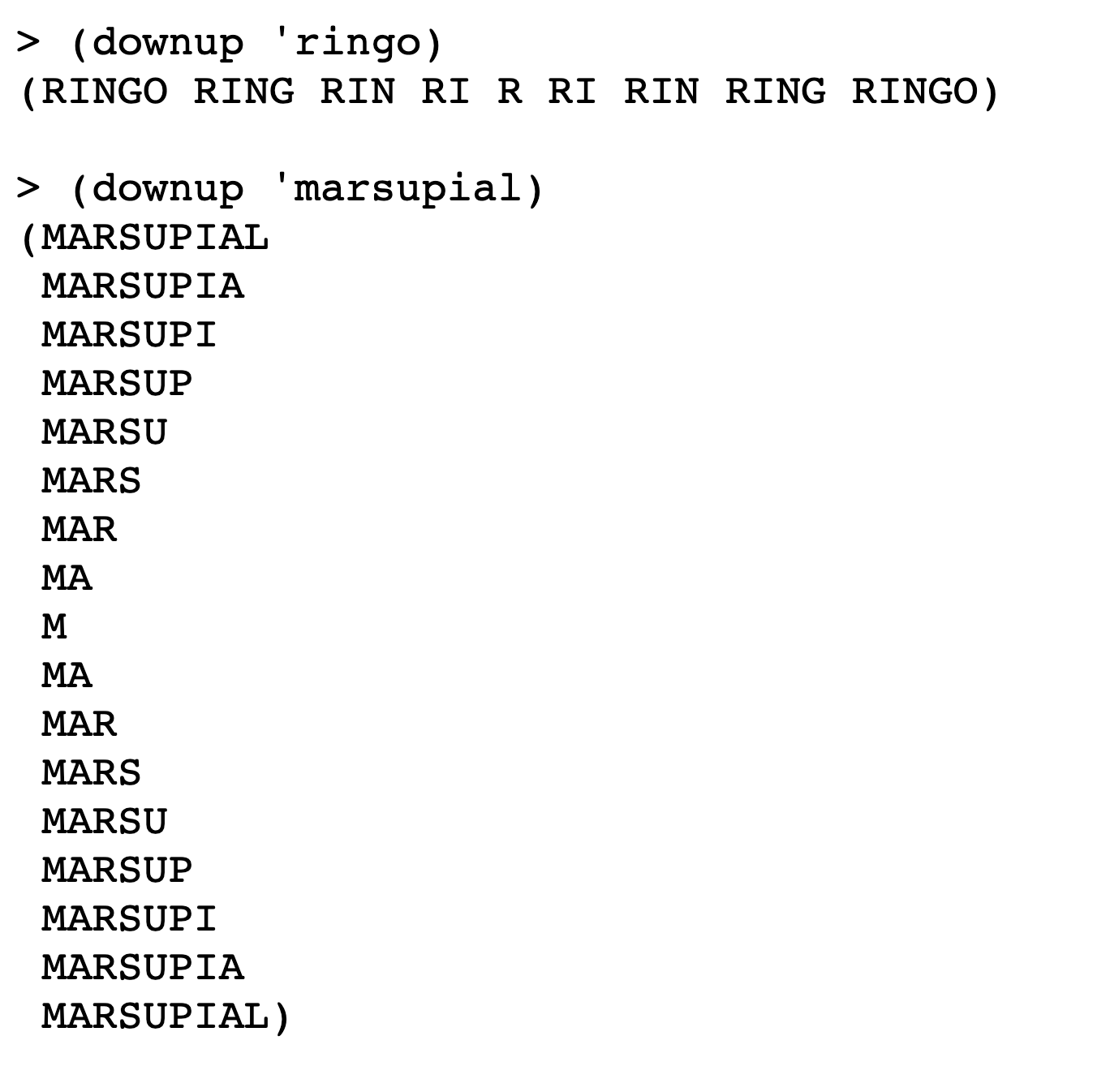 for the solution for downup:

Write downup4 using only the word and sentence primitive procedures.

I did some extra analysis and testing beyond what the exercise required.

downup4 works correctly with a 4-letter word, which is the intended case:

It does not work correctly with 3 letter words. Note the unnecessary instances of 'h

It also does not work correctly with 5 letter words. Note the jump from 3-character cak to one-character c:

If you use downup4 on a sentence, the words are treated like the individual characters in the previous examples:

When you teach a class, people will get distracted if you say “um” too many times. Write a count-ums that counts the number of times “um” appears in a sentence:

Here are some special-case count-ums procedures for sentences of particular lengths:

Note: this was my non-recursive solution for this problem back in chapter 8:

So based on the examples in the book this was my first attempt at trying to meet these criteria:

it works on test cases. I do wonder if there might be a more elegant way to organize it though. Seems okay though. Here’s a tree: 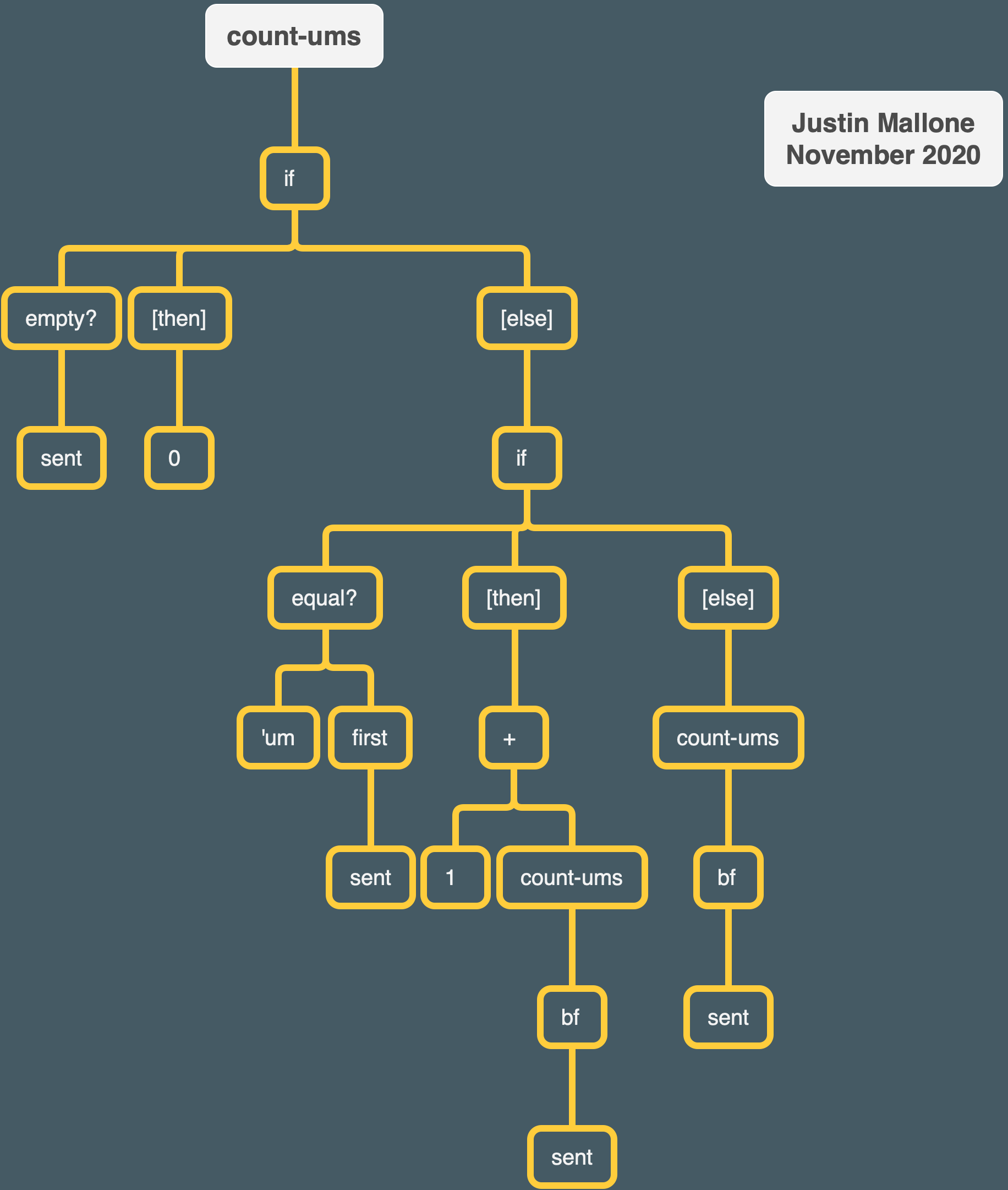 After a while I thought of a version with a helper procedure:

I like this version better, since it avoids nesting an if in the main part of the program.

Write a procedure phone-unspell that takes a spelled version of a phone number, such as POPCORN, and returns the real phone number, in this case 7672676. You will need a helper procedure that translates a single letter into a digit:

Here are some some special-case phone-unspell procedures:

I changed their helper procedure so that it could handle capital letters:

and here is my solution:

Who first said “use what you have to get what you need”?

Legit could not figure out the answer to this one despite heavy googling.

UPDATE: A commenter below says the answer is General Giap and links this
Mystery solved!

Write a procedure initials that takes a sentence as its argument and returns a sentence of the first letters in each of the sentence’s words:

I noticed that AnneB thought to handle the case where the number used is not a positive integer, so I wrote my own way to address that before reading hers:

Write a procedure copies that takes a number and a word as arguments and returns a sentence containing that many copies of the given word:

After adding the check for valid numbers in the last exercise, I realized maybe I should do the same here: