How to Define a Procedure

Essential aspects of defining a procedure, with an example:

define is an example of a special form. Special forms have their own evaluation rules. For define in our square example, none of the parts got evaluated, which is different than how Scheme normally treats expressions. Normally, Scheme evaluates sub-expressions and then evaluates the whole expression once the sub-expressions have been evaluated. But that wouldn’t make sense to do with define.

define isn’t actually a procedure at all in a technical sense. But as a simplification, the book discusses define as if it is a procedure, unless there is some important reason not to.

Function — an association between the starting value(s) and the resulting value, no matter how that result is computed. The same function can be represented by different operations.

The book notes that there is a distinction between a function and a procedure, and that functions can be represented in different ways (such as a table that represents the relationship between US States and state capitals; I also came up with the example of coordinates that indicate a certain location on a map – the coordinates are the starting value, the specific location on a map is a return value, and the relationship between coordinates and locations is represented by the map, and might even be represented three-dimensionally by a globe).

Formal parameter – what you call an argument as defined in a function. E.g. for…

the formal parameter is x. It’s a placeholder value for an actual argument.

then does the substitution, getting

and then evaluates that expression, getting 25.

Abstracting out a pattern and giving it a name is important. It lets you deal with certain problems without having to worry about the details.

Composition of functions is the basis for all Scheme programming.

Functions can only have one return value. If you return multiple values, Scheme will ignore earlier ones and return the last one.

Don’t use the name of a procedure as a formal parameter. If you use the same name with two meanings within the same procedure (as e.g. parameter and procedure) it will cause a problem.

Similar issue as above: don’t use the name of a keyword (such as define) as some other kind of name.

Don’t try to write a procedure that has a complex expression as a formal parameter.

Show the substitution that occurs when you evaluate

Given the following procedure:

list all the little people that are involved in evaluating

Substituting the parameter in:

(Give their names, their specialties, their arguments, who hires them, and what they do with their answers.)

There are three little people. I’ll give them names (like in a prior exercise) and say what they do.

Note: AnneB talks about a “head boss” who hires the yawn specialist. This tracks how the book talked about this. I’m unclear whether this is an important detail or whether the book was just trying to be colorful with the hiring metaphor.

Here are some procedure definitions. For each one, describe the function in English, show a sample invocation, and show the result of that invocation.

Note: I edited some of these for a mistaken use of “parameter” in place of “argument”.

This procedure finds the difference between the two arguments provided; specifically, it takes the second argument and subtracts the first argument from it.

This procedure returns as a result whatever is provided as the argument. Sample invocations:

This procedure takes an argument but just returns 3, regardless of the argument provided.

This procedure does not take an argument. It merely defines the name seven as 7.

This procedure takes a number argument and performs a series of arithmetical operations on the number which result in the same number being returned.

the number n is multiplied by 3, added to 13, added to the difference of itself and 1, divided by 4, and then has 3 subtracted.

Note: AnneB actually did the math to make sure this function always returns the given argument. 👍

Each of the following procedure definitions has an error of some kind. Say what’s wrong and why, and fix it:

As written, this expression is trying to return multiple values, and so the earlier value is getting ignored. What the programmer wants to do is multiply these values together. This can be accomplished by deleting the ) to the right of the 3.141592654. Fixed:

This one forgot to give square a formal parameter.

This doesn’t designate “base” or “height” as the formal parameters, but uses them in the body anyways. Thus these are just undefined terms and Scheme doesn’t know what to do with them. One possible fix:

This is using complex expressions for the formal parameters. This is trying to do some of the job of the procedure invocation stage at the definition stage.

and if you want to square the arguments, just do something like:

Write a procedure to convert a temperature from Fahrenheit to Celsius, and another to convert in the other direction. The two formulas are F=9⁄5C+32 and C=5⁄9(F-32).

Define a procedure fourth that computes the fourth power of its argument. Do this two ways, first using the multiplication function, and then using square and not (directly) using multiplication.

Note: AnneB’s solution is better, as she makes use of the fact that * takes multiple arguments, so the result is more elegant.

Write a procedure that computes the absolute value of its argument by finding the square root of the square of the argument.

Note that I changed the formatting of the exponents cuz I don’t think Ulysses does superscript.

“Scientific notation” is a way to represent very small or very large numbers by combining a medium-sized number with a power of 10. For example, 5 x [10^7] represents the number 50000000, while 3.26×[10^-9] represents 0.00000000326 in scientific notation. Write a procedure scientific that takes two arguments, a number and an exponent of 10, and returns the corresponding value:

Some versions of Scheme represent fractions in a/b form, and some use scientific notation, so you might see 21/50000 or 4.2E-4 as the result of the last example instead of 0.00042, but these are the same value.

(A harder problem for hotshots: Can you write procedures that go in the other direction? So you’d have

I could not figure out how to use log and floor effectively.

After trying for a while and writing the stuff about getting unstuck at the end of the post, I started reading Anne’s answer. I’m taking the approach I talk about later in the post of seeing “if it’s possible to do ‘partial spoilers’, like get a hint from someone or only read the beginning of an answer, so you can get unstuck while still figuring some things out.”

I wrote these as a first try:

Yeah okay, I did get as far as noticing that.

Ah! I’m gonna add “check the documentation” to a list of things at the end of the post.

That did not work in my version—it said it expected one argument and not two.

I searched some more and found this, which shows how to get a base 10 log:

Here’s the usual way to do that.

Ah so that’s interesting. I came across something like this as well. I think I didn’t read it cuz I wanted to try to figure out the problem using the stuff I’d already learned from the book. That’s a bit silly though. After you’ve been stuck for a while, it’s worth trying out different things. It’s possible that if I’d checked the documentation like Anne did and had seen how log was supposed to work, I would have been more open to trying different things.

With the very big hint re: the log10 stuff and Anne’s other discussion so far, I was able to write procedures successfully:

I found an example: 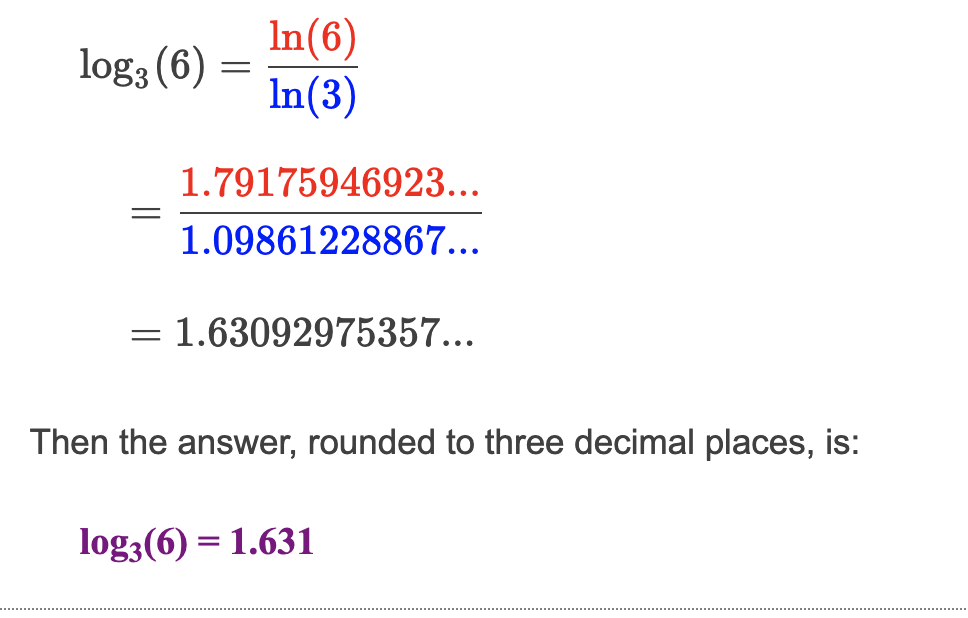 We know that scientific notation involves a coefficient and an exponent combining to concisely express a large or small number. If we took the log10 of some number and rounded up, and then tried to multiply the result from doing that with the coefficient, we’d get the incorrect answer. For example, if we rounded 3.8633228601204554 up to 4, and then multiplied that by 7.3, we’d get 73000. So for the purposes of figuring out sci-exponent, we want to always be rounding the log10 down. That is what floor accomplishes – it rounds down to the next integer.

sci-coefficient simply divides the number by 10 raised to the sci-exponent of the number. This produces the coefficient, as you would expect.

Some test cases and results:

Define a procedure discount that takes two arguments: an item’s initial price and a percentage discount. It should return the new price:

Note: AnneB‘s version is more elegant because she just multiplied original-price, 0.01 and what i call percentage-reduction together, rather than doing more nesting and dividing by 100.

Write a procedure to compute the tip you should leave at a restaurant. It should take the total bill as its argument and return the amount of the tip. It should tip by 15%, but it should know to round up so that the total amount of money you leave (tip plus original bill) is a whole number of dollars. (Use the ceiling procedure to round up.)

One caveat: the (tip 19.98) test case produces some kind of rounding error that can be replicated doing other simple arithmetic operations like (- 23 20.98). AnneB had this issue as well.

Troubleshooting an Instance of Getting Stuck

I got stuck on the “harder problem for hotshots” from Exercise 4.8. I’m going to write some thoughts about that. I broke the thoughts up into two categories: 1) stuff that I think is more about how to approach getting stuck in general and 2) stuff that seems more specific to getting unstuck while doing programming.

Getting Unstuck in General

Review of Past Learning Attempts

This is the first chapter I have some substantial work from the past to review.

Something worthy of note is that I basically did not get anywhere with sci-coefficient and sci-exponent the last time around, though I did figure out scientific. I seemed to have solve the other problems in a very similar manner.

I set a goal for this chapter to try to ask more explicit questions but wound up getting very side-tracked with the getting stuck thing. However, I thought I wrote some good thoughts about that topic, so that seems okay.

One thought on “Simply Scheme Chapter 4 – Defining Your Own Procedures”