In my last post I described my criteria for a good flashcard app as follows:

What looks to be the number one flashcard app on the Mac App Store, Flashcard Hero, has a free version, so I tried that out. There’s no iPhone syncing on the free version though. Alas!
In the course of analyzing Flashcard Hero, I thought of another criterion: Markdown support. I found a Mac app that has that called Mochi. So I’ll be looking at both apps. I first look at and give my general impressions of the respective Mac apps and then proceed quickly through my specific criteria before reaching a conclusion. 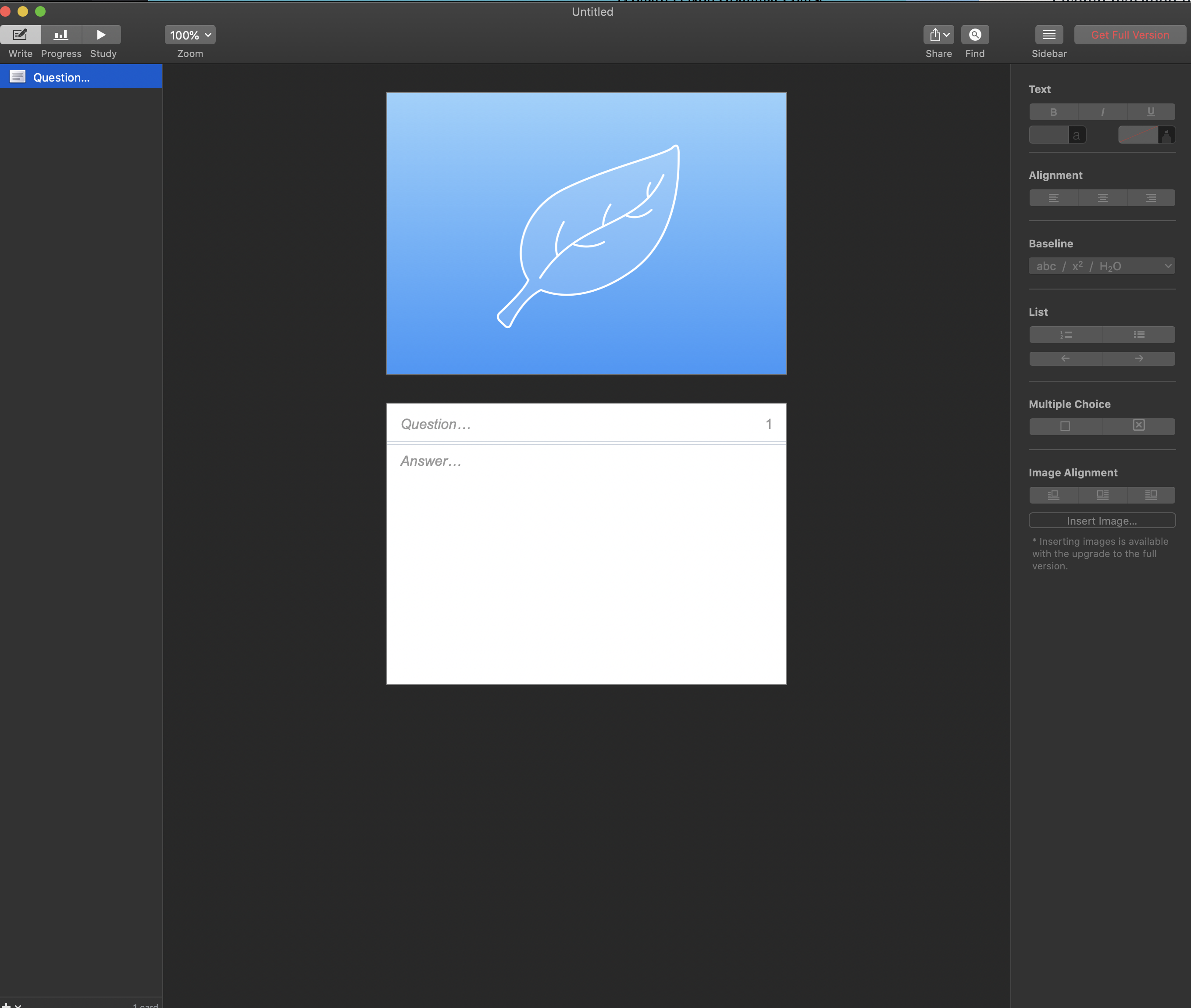 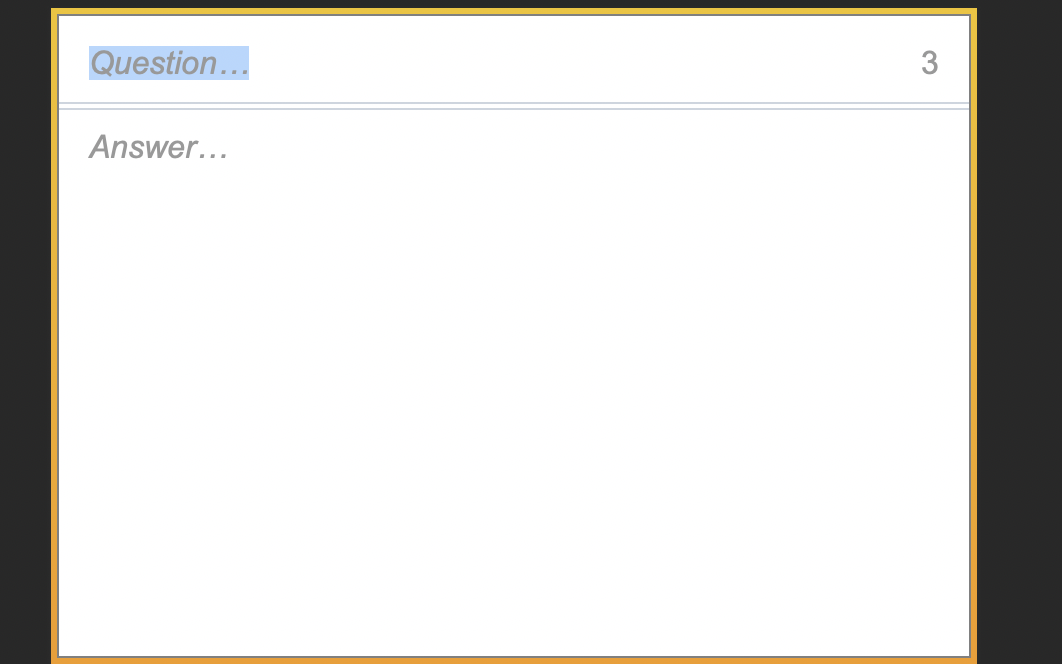 You enter the stimulus/question of the flashcard in the top field and the answer in the bottom.

There are some formatting options and a thing to insert images. Also a multiple choice thing which I’ll show more of later. 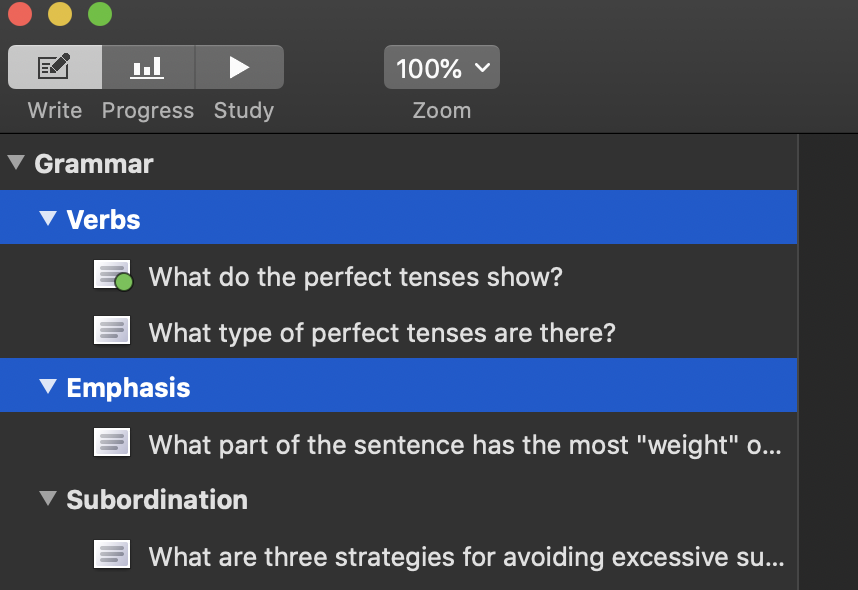 In addition to separate decks, you can organize things into topics within decks. If you only want to study some topics, it looks like you can command-click on the topics you want to study and only study those. 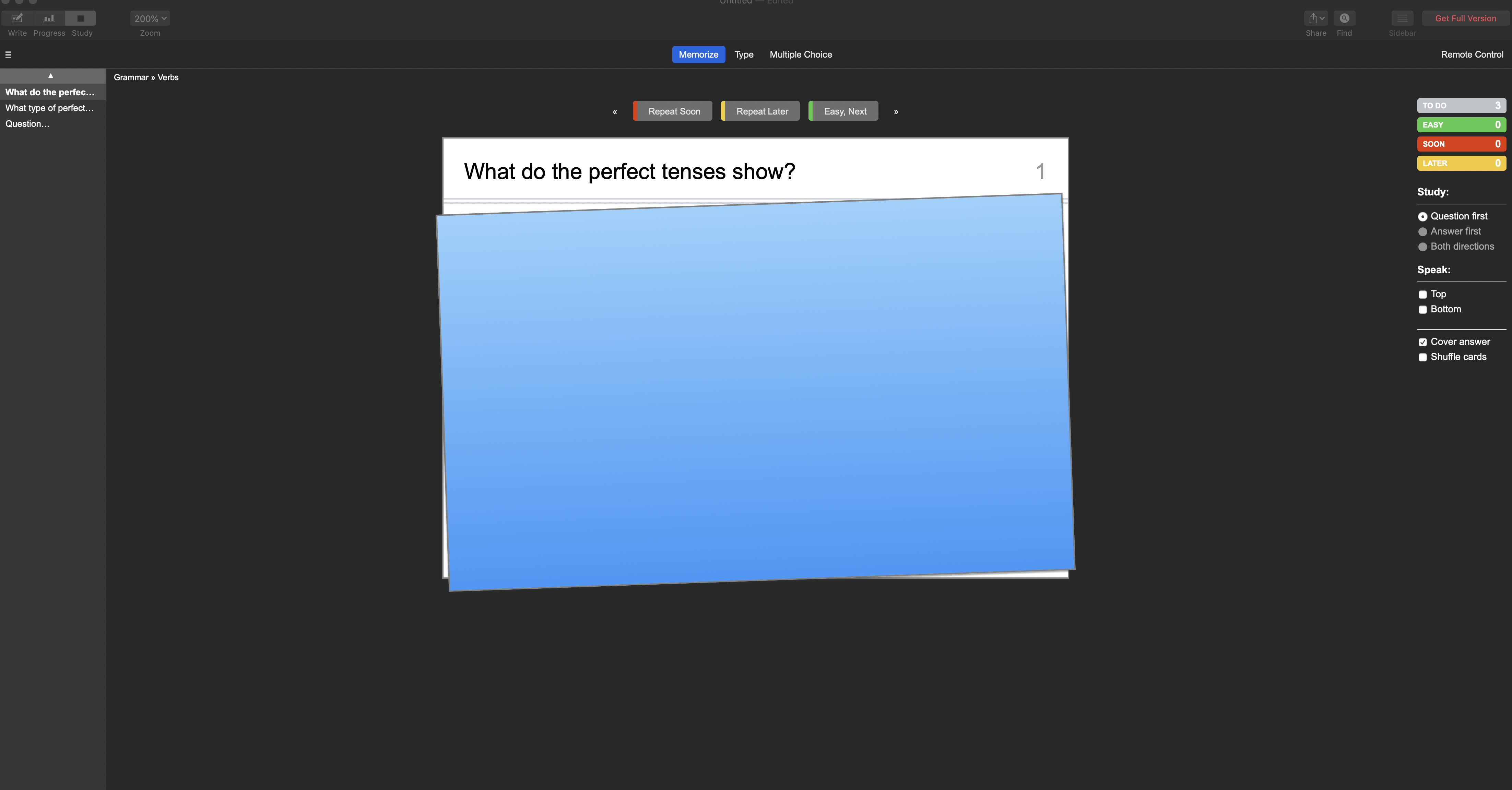 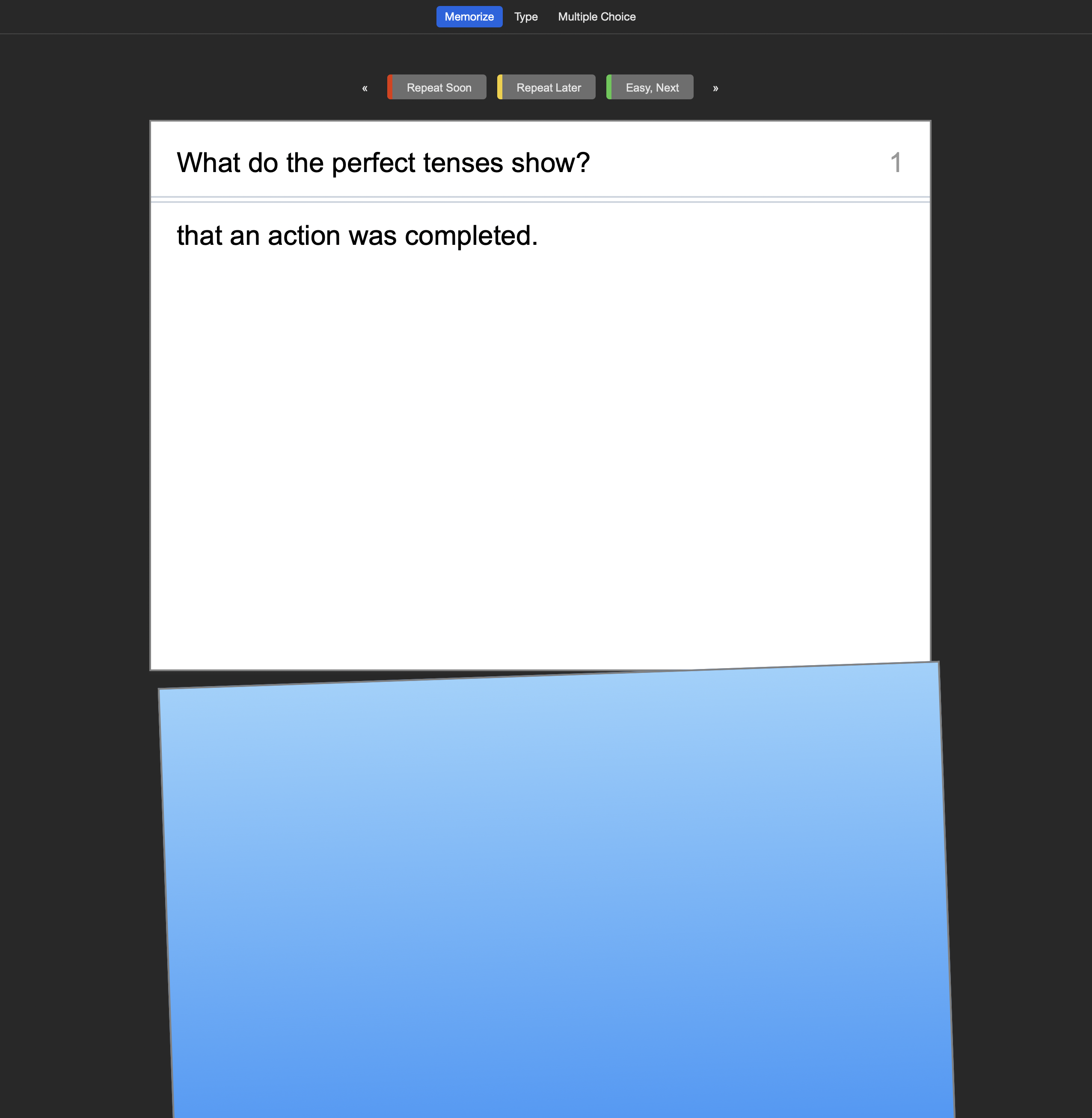 When you go into Study Mode, the default is that the app “hides” the answer on the bottom of the card by covering it up with a blank blue card. That’s a bit too skeumorphic for my taste but not a big deal. You can hit command-+ to make the card pretty big.

You can indicate how hard the card was.

Some study mode configuration options. Switching question and answer is a paid version feature, apparently. Incidentally, I much prefer time-limited but uncrippled full versions of software over crippled free versions. 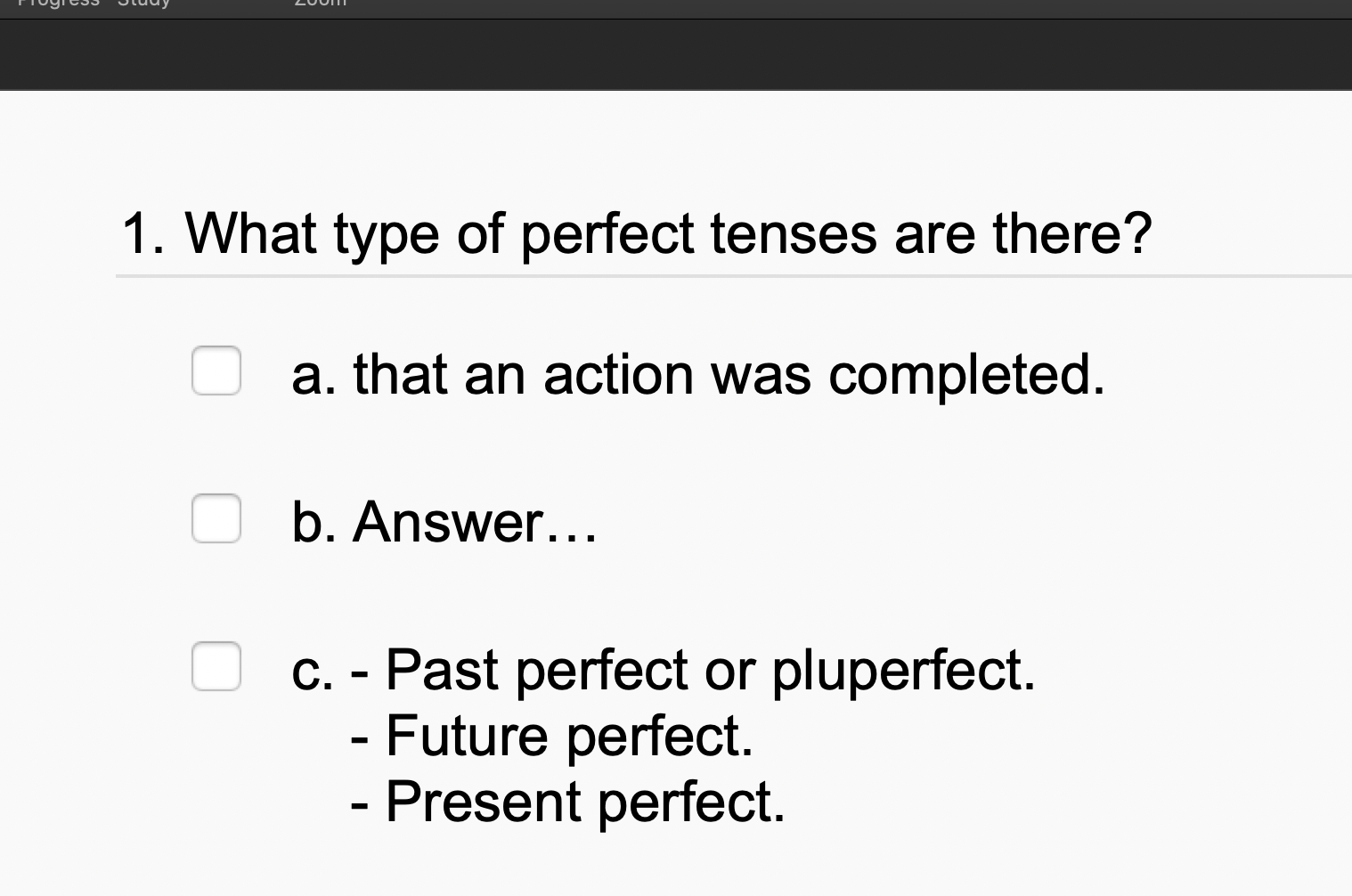 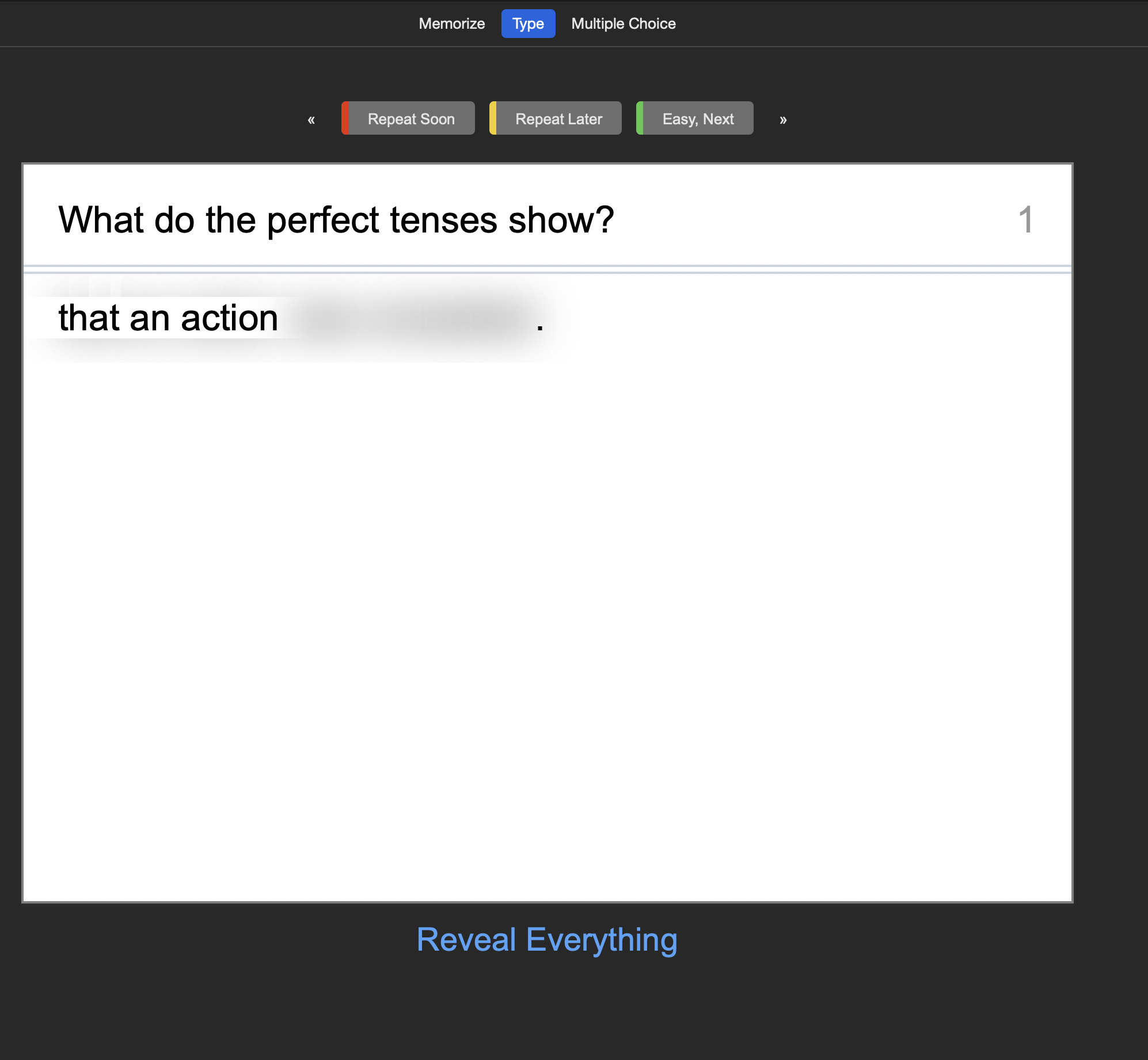 The “Type” study mode is kinda cool. It blurs out the answer but slowly reveals it as you type. Could be particularly useful for learning languages. The Quizlet app has a study mode that asks you questions first in multiple choice and then makes you type them out, which I found quite effective for learning vocabulary.

There is a thing for tracking your progress. I’m not too interested in that feature so I’m not gonna go over it in detail.

Syncing to the companion app is possible outside the scope of the free version.

Another thing that exists but that I can’t evaluate cuz it’s a paid app feature.

Some export options but pretty limited.

Mochi initially wants you to login but you can tell it that you wanna do guest mode and make an account later, which is a feature I appreciate.

The interface immediately strikes me as cleaner and more elegant in some way than Flashcard Hero. 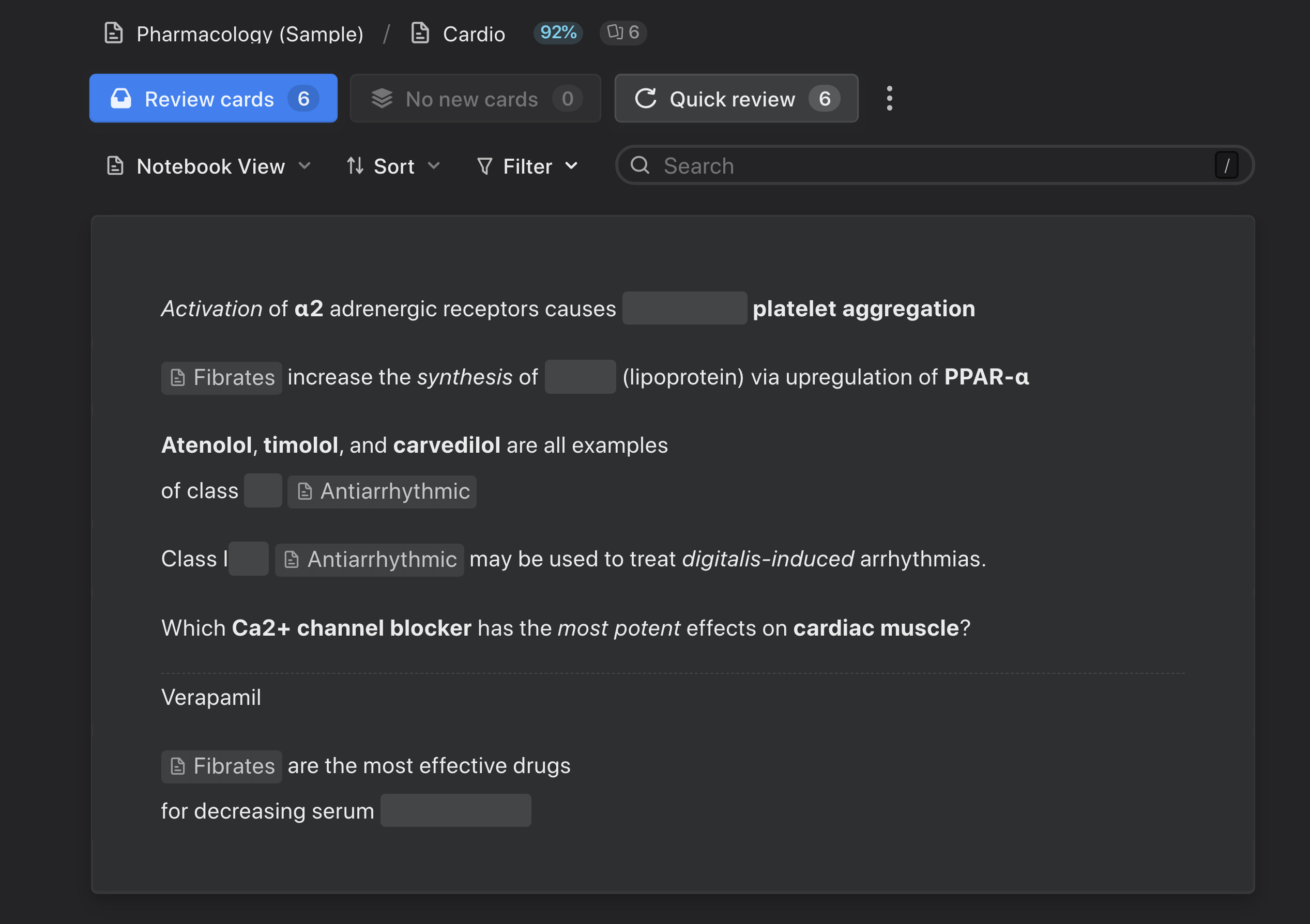 They have some default cards to help show you how the interface works. The first view, Notebook view, tries to integrate note-taking and flashcard-building. See this Twitter video for an explanation and this Tweet for some feature explanation. (Note: one downside of Mochi is the documentation is kinda weak, I think because the software is being worked on by just one too-busy guy).

There is a “show all sides” button to make reviewing cards easier. 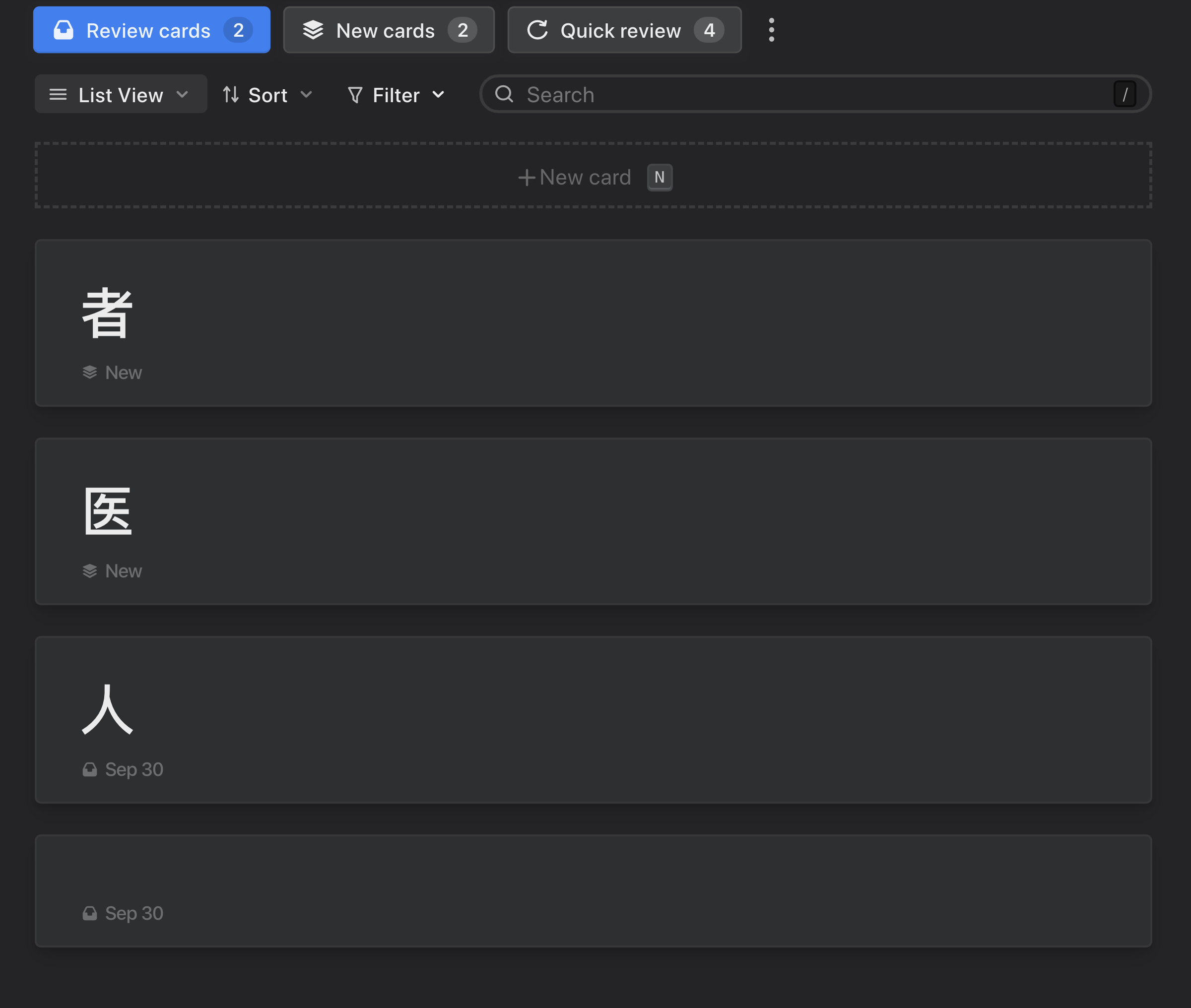 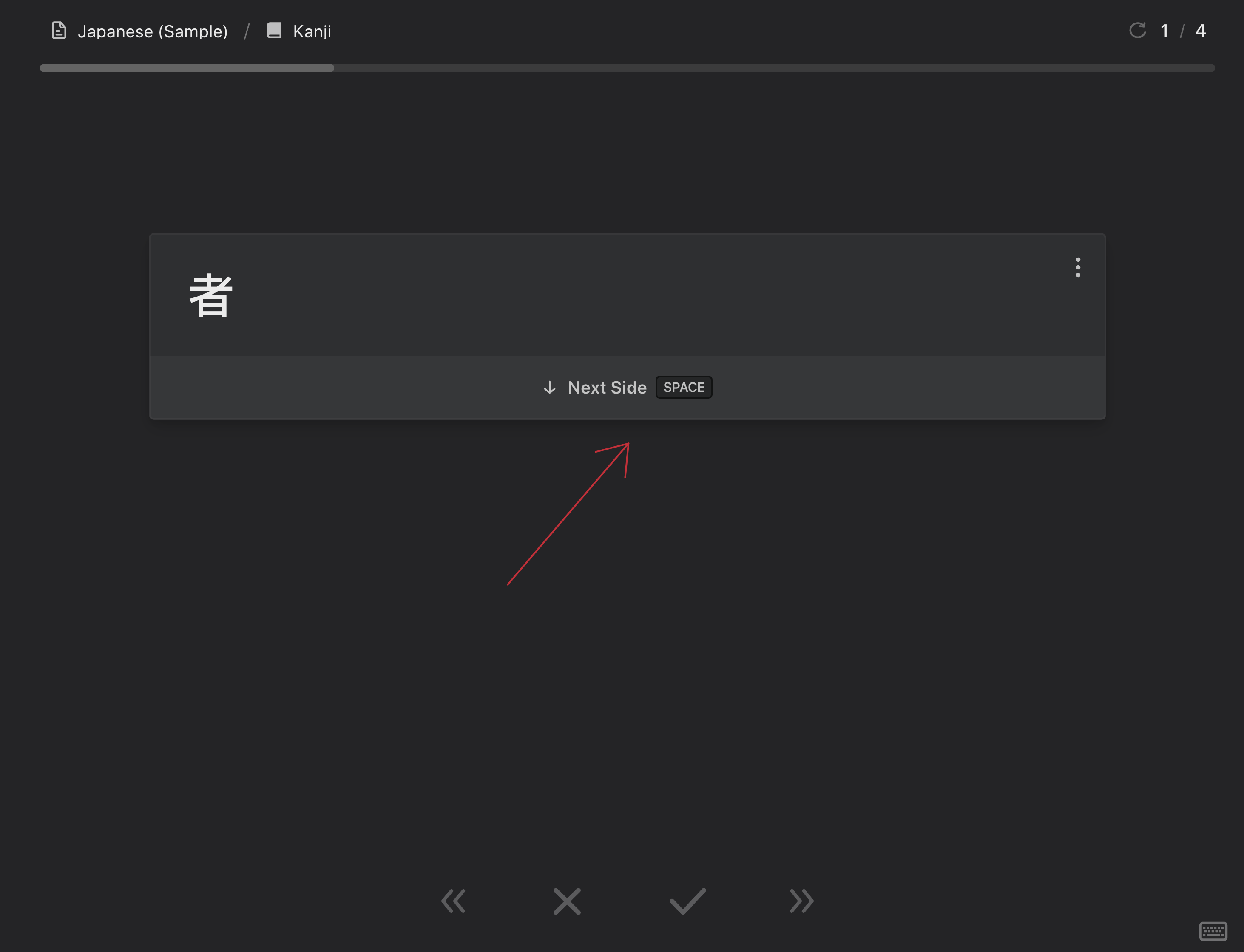 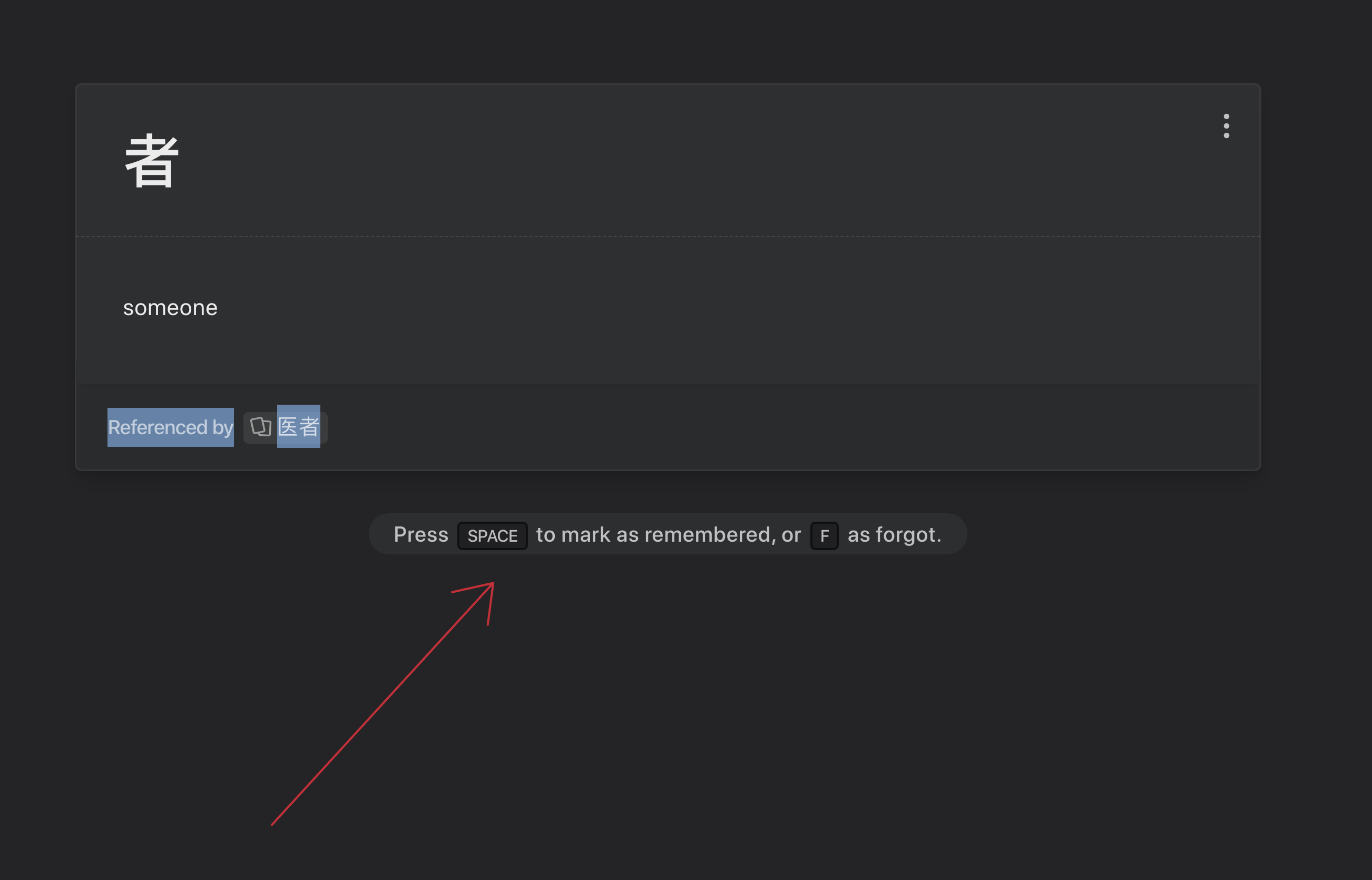 They’re big on promoting the use of keyboard shortcuts, which I appreciate.

Even their markdown formatting guide has a keyboard shortcut.

{{brackets}} appears to be formatting they use to hide individual words on a flash card. 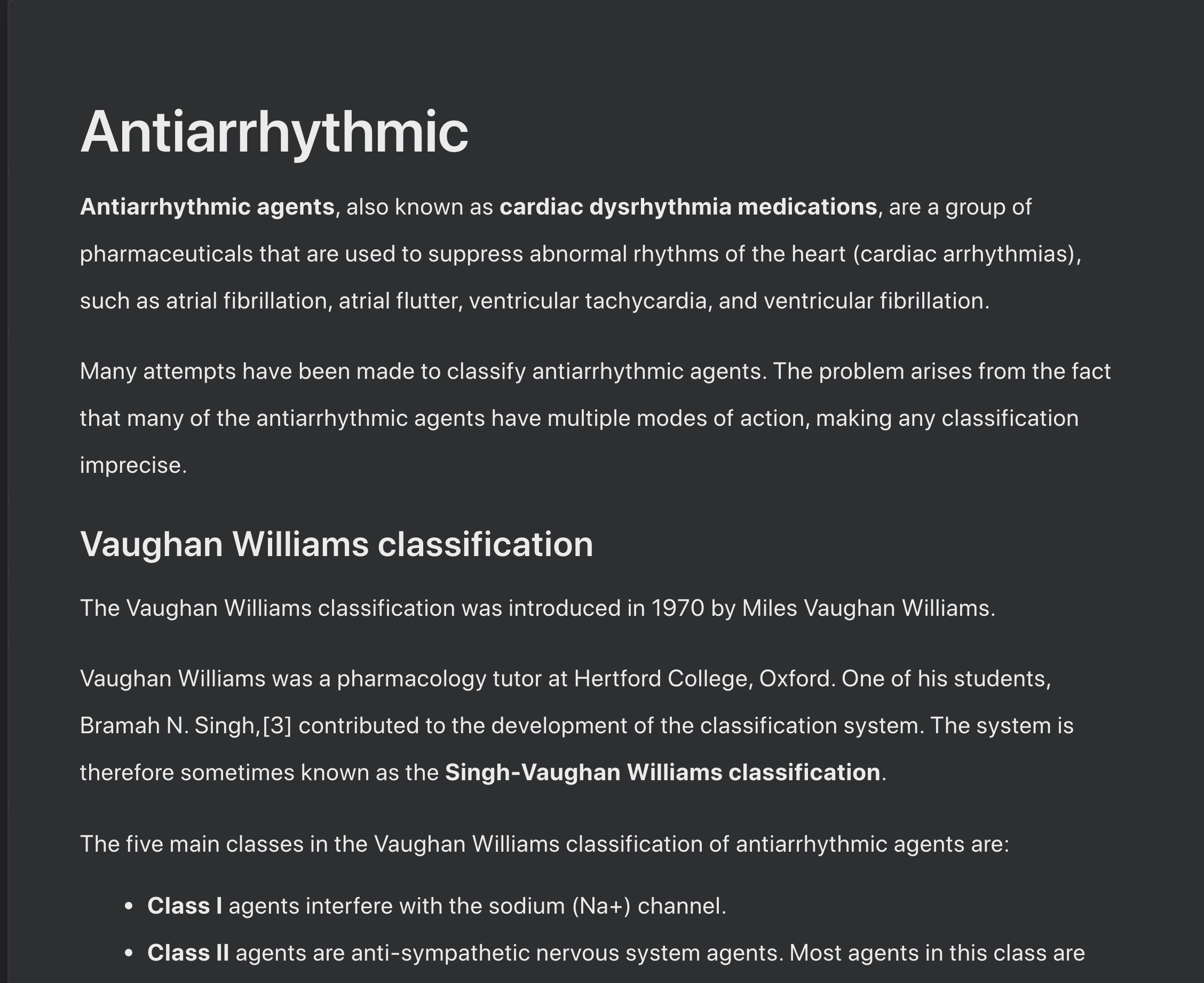 You can cross-reference things! “Antiarrhythmic” on the flashcard, with the little document icon next to it, is a clickable link that takes you to the note depicted above. 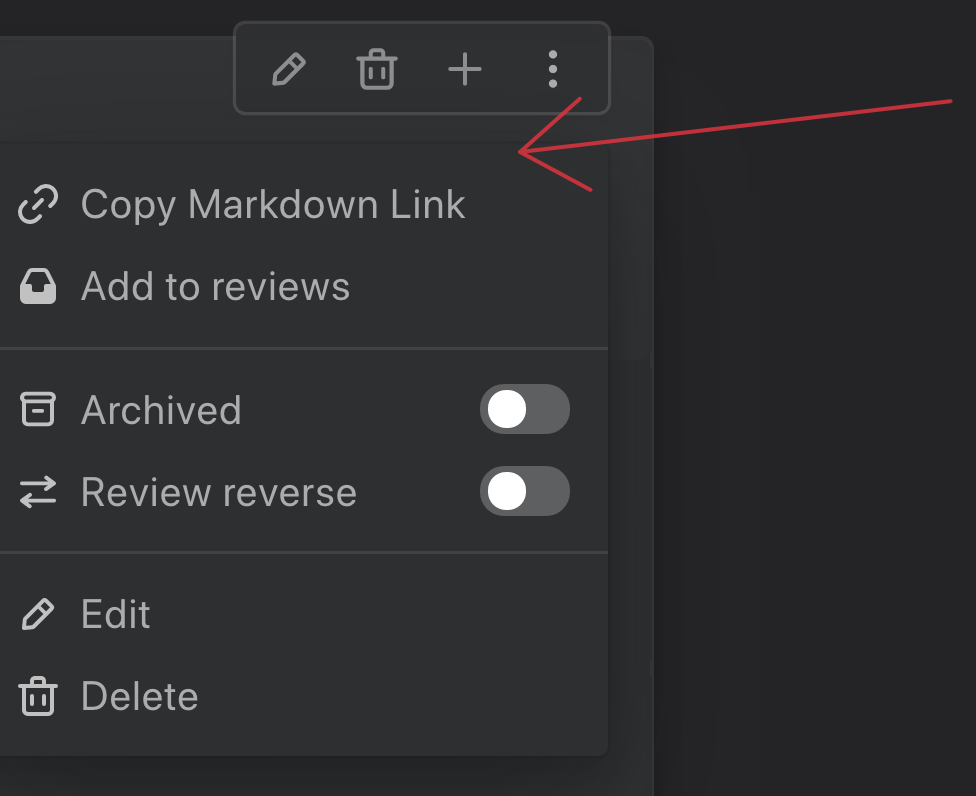 I’m guessing this menu option is what you use to generate internal links/references.

Three dashes --- are what you use to divide a card into different sides. So the above card has two sides.

The finished card with the “back” initially hidden. This is a minor aesthetic point, but I like this style way more than the skeumorphic approach in Flashcard Hero. 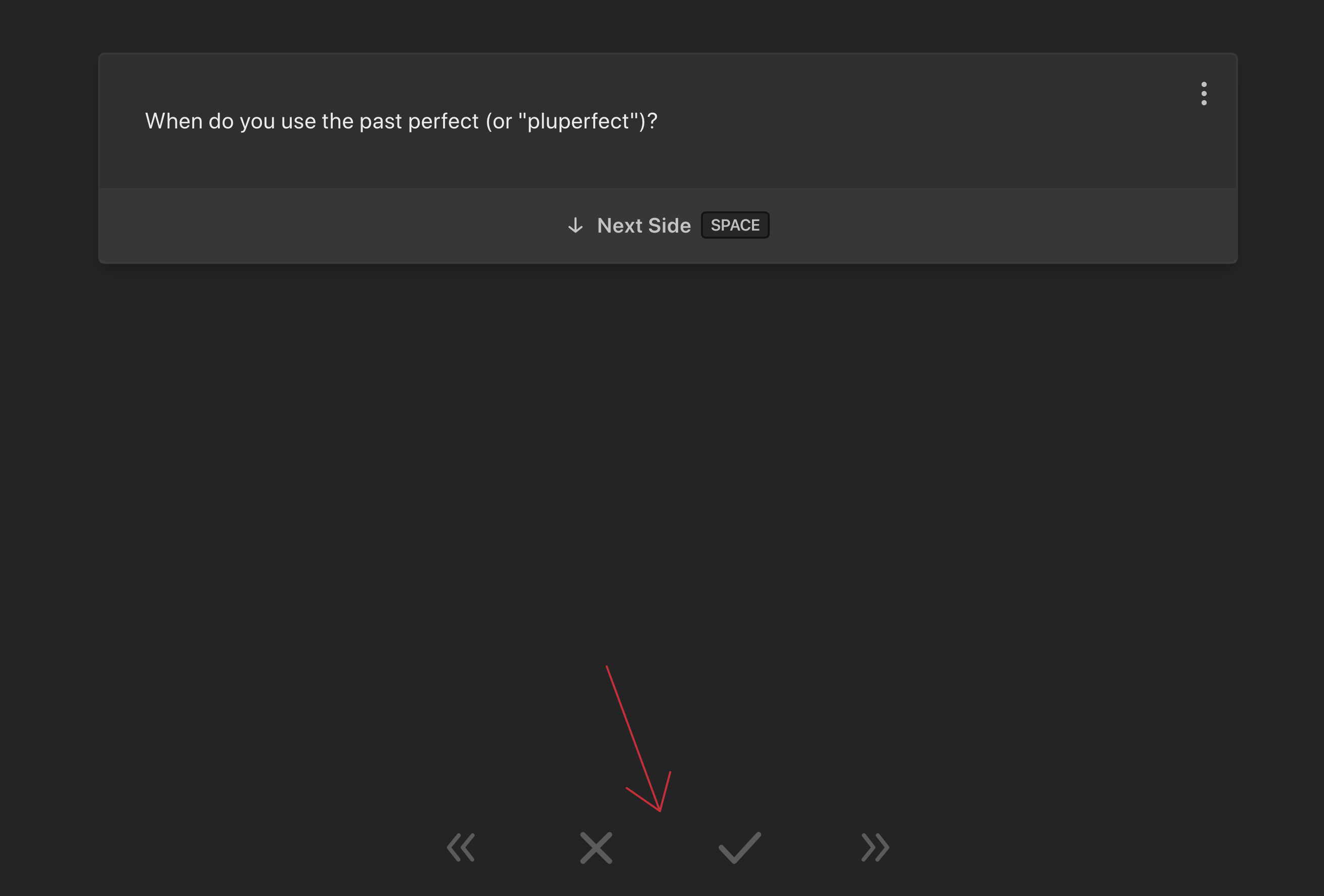 You indicate whether you forgot or remembered a card with the x or ☑️ at the bottom of the flashcard and that determines the next time you’ll review it. 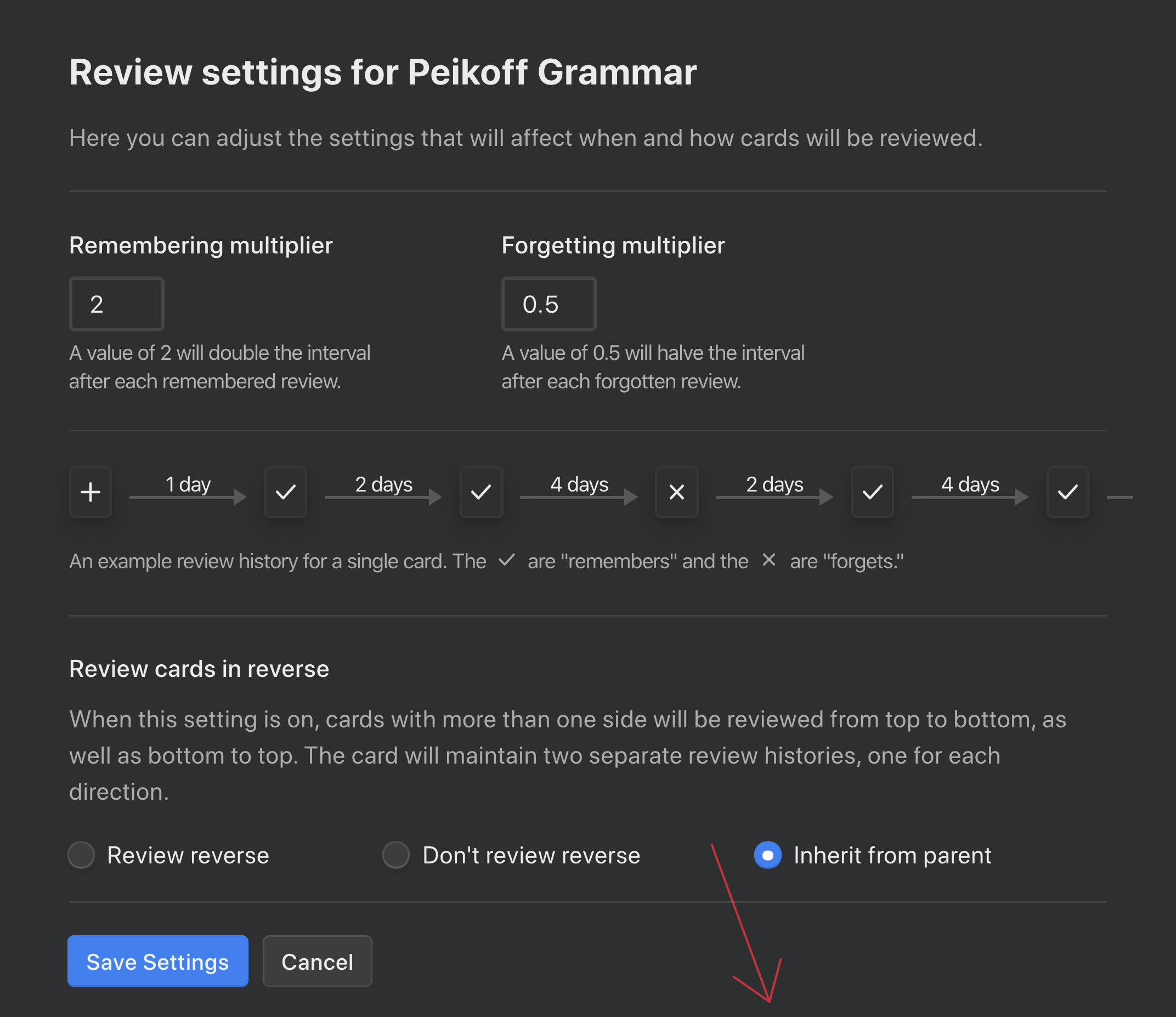 The review timing is configurable.

They have one, I haven’t tried it yet.

They support it and market on it heavily.

Very easy, can just paste stuff into the Markdown editor.

Pretty limited. This is it for import: 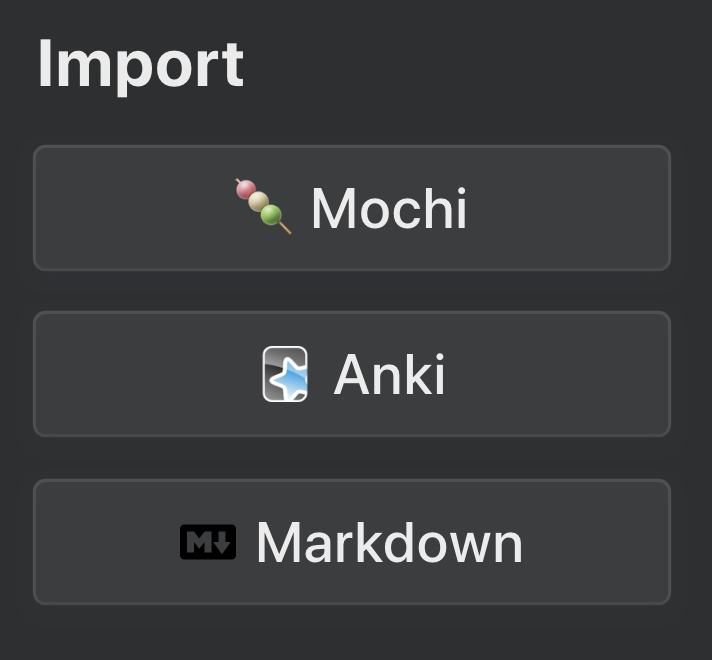 And export is only in the Mochi format.

Pretty expensive for a flashcard app if you want to use the mobile version. Price just for desktop is okay though 🙂 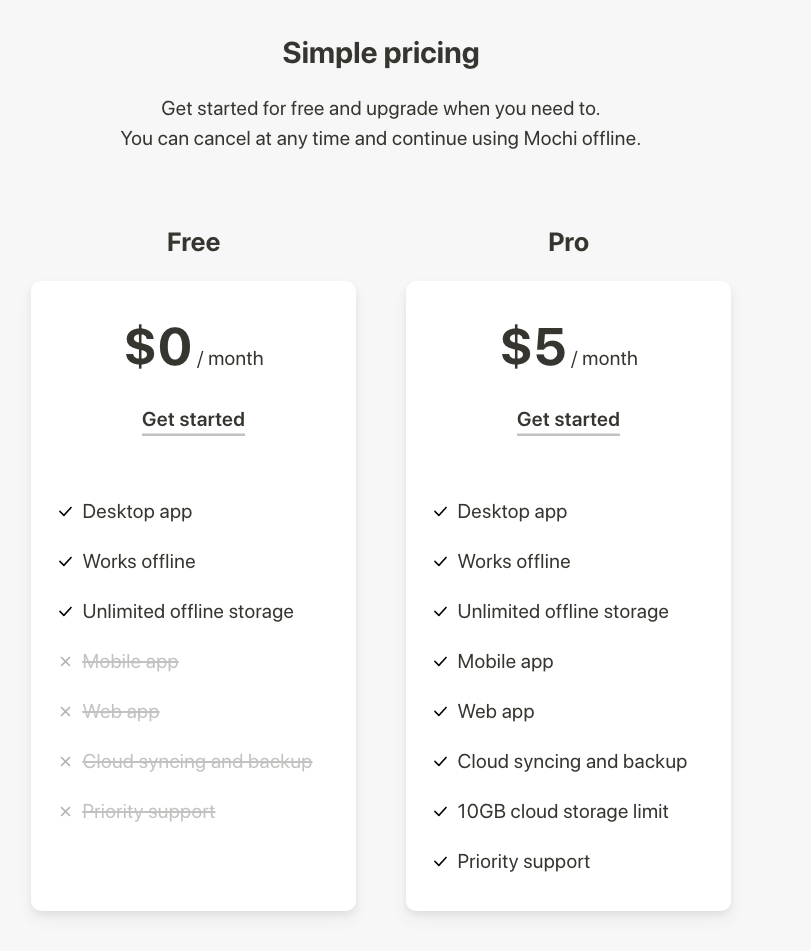 One thing I noticed Mochi doesn’t have is tags but it looks like they’re adding that soon according to the website.

Both apps seem like they would do the job, but I liked Mochi’s support of Markdown and visual style more. OTOH it’s way more expensive if I want the iPhone app, but I think that probably isn’t a dealbreaker for me. Currently leaning towards using Mochi.

I signed up for the free tier of the Mailjet email API service. Their free tier seems pretty robust (6000 emails a month!) and I just need something to connect to docassemble for the purpose of having my docassemble server mail me PDFs. Using Mailjet, I successfully mailed a PDF from a test interview, so I accomplished my goal. My understanding is that docassemble and Mailjet are using TLS, which means that the emails are being sent in an encrypted and secure matter. That is very relevant/important to me.

I like the docassemble slack channel. There are a couple of people in particular who are really responsive and take ownership over replying to questions, which is important when you are trying to figure out a new thing that is pretty complex.

I mentioned in my previous post that my knee situation has improved. One thing I didn’t mention was that I’ve been experimenting with ankle weights while doing some exercises. I definitely think they can be worth trying and are fairly cheap. In particular, I find them helpful for adding resistance to things like side leg raises.