Taking a break from the Simply Scheme book to work on some exercises of my own in order to develop some skills.

I made up this exercise myself to work on internalizing the idea of the if procedure being composable that is discussed in chapter 6 of Simply Scheme. The program figures out whether it is election day based on user input

Ran into an issue with this one. I initially didn’t use (se for the parts inside the if. I was thinking that I should just be able to pass multiple arguments to the se for the overall program – the one next to '(Your account). se does indeed take multiple arguments, but if does not, so if you want to use if like I do you have to group the things together. And you can’t just call procedures from inside a sentence – you can’t do e.g.

If I just enter that in Scheme, I get back '(is overdrawn by (word '$ 500) 'dollars). Scheme thinks the stuff inside the attempted invocation of word is just part of the sentence. So for what I want to do above, I need something that will let me call stuff like word and combine that with other stuff, grouping that into a single argument which the if can return and which the first se can take as an argument. And for my purposes se is what does that.

I made a program to test my understanding of how to use nested if procedures.

Context: For U.S. Presidential elections, if no one wins a majority of electoral votes, then the incoming (newly-elected) House of Representatives selects the President, and each state House delegation from the states gets 1 vote. So the party that controls a majority of state House delegations in the incoming House of Representatives will pick the President.

There are 538 Electoral Votes up for grabs. I assume that it’s a two-man race and no votes will go to anyone else.

The way I actually represented this in the program was as follows:

If Trump gets less than 269 electoral votes, he loses. Alternatively, we go to if #2.

Within if #3 (where, again, Trump has exactly 269 electoral votes), if house-state-delegation-control does NOT equal gop, Trump loses. Otherwise, he wins.

I made a tree of the logic of this program. I found the tree extremely helpful. 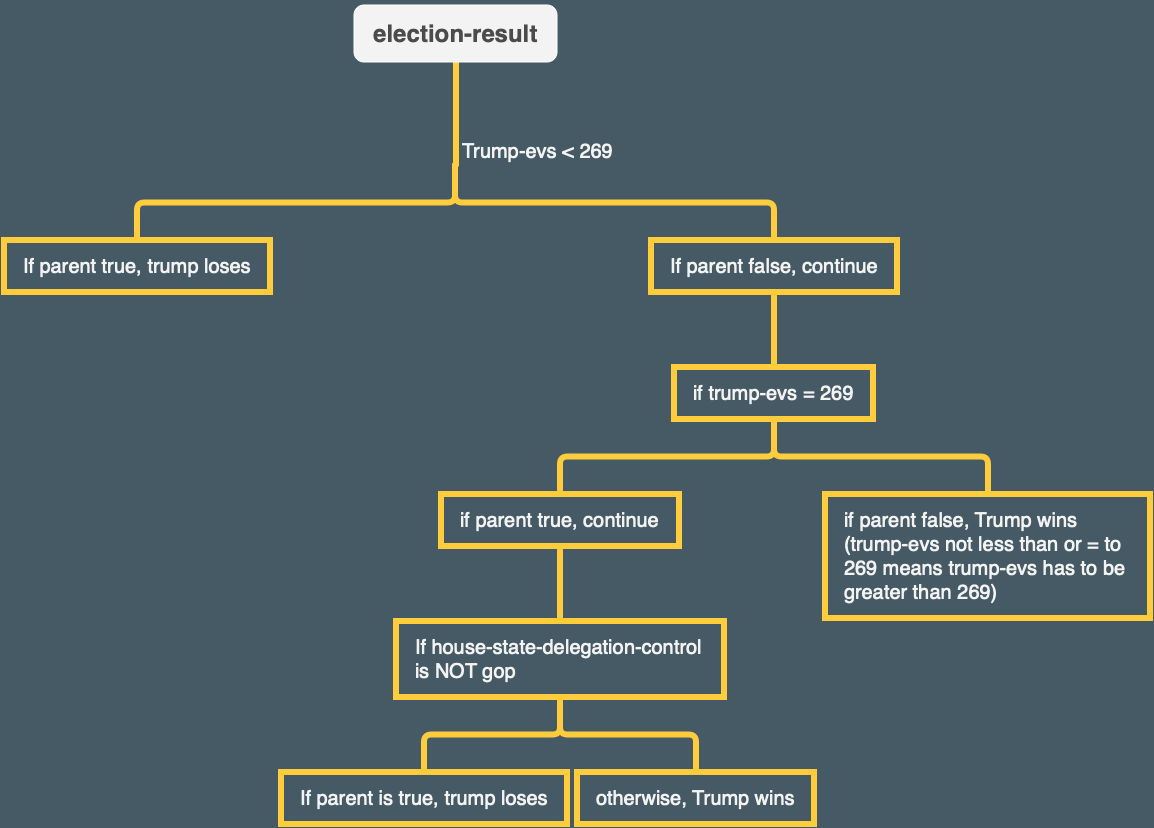 I liked how a github user called buntine solved one of the Scheme problems (regarding a valid date range checker). His solution is here and pasted below. I wanted to understand the program better, so i decided to try describing it in words.

I made a tree of the logic of the part of the program that handles February in order to help me understand it. I found it extremely helpful for this purpose. 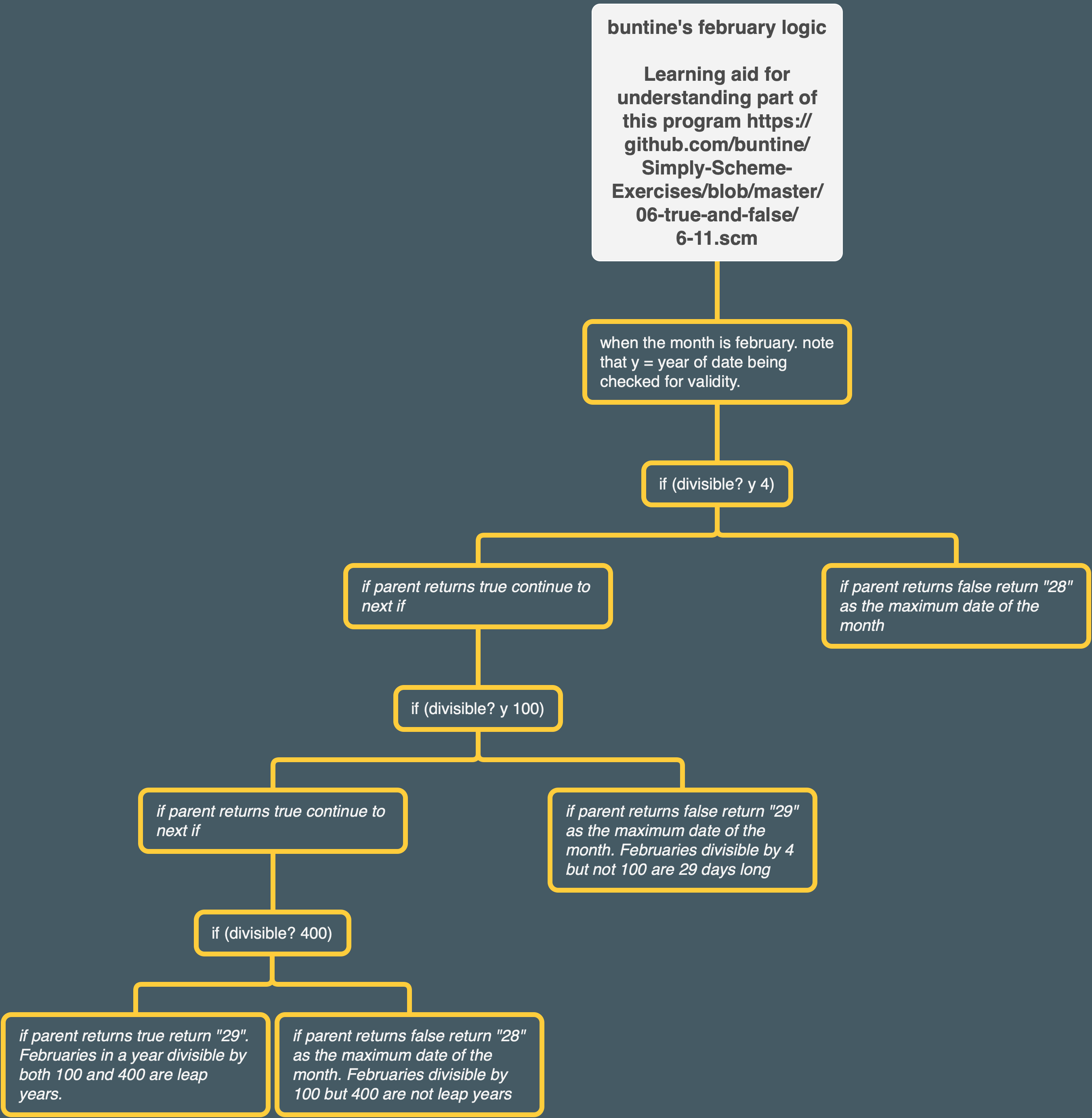 Commenting on the program as I go along, skipping divisible:

This predicate helper function offers a general solution to the problem of wanting to find whether a number is in a valid range. It checks if an argument is i) a number, and ii) greater than 0, and iii) less than a bound which is defined by the second argument passed into the program. If all these conditions are met, it returns #t. Otherwise, it returns #f.

days-in-month is a helper procedure that returns the number of days in a month depending on the month and year provided. The February logic is addressed in my tree above. If the value of the month is anything other than 1 through 12, days-in-month returns 0.

this program makes two calls to the valid-range? procedure. the first checks that the number of months is 1 through 12 (the 12 gets used as the bound). the second call to valid-range? is more interesting. the days-in-month procedure is used to generate the bound for checking the validity of the value for days d. Finally, the year is checked to ensure it is a number. If all these checks are passed, the entire procedure returns #t.