This is a complete lie and political propaganda.

You can read the poll questions yourself. I’ve pasted the questions and results below:

B7.Have you heard about the protests across the country, including the burning of a police precinct in Minneapolis, in reaction to a recent incident where a black man died when a police officer kneeled on his neck, or have you not heard about this? 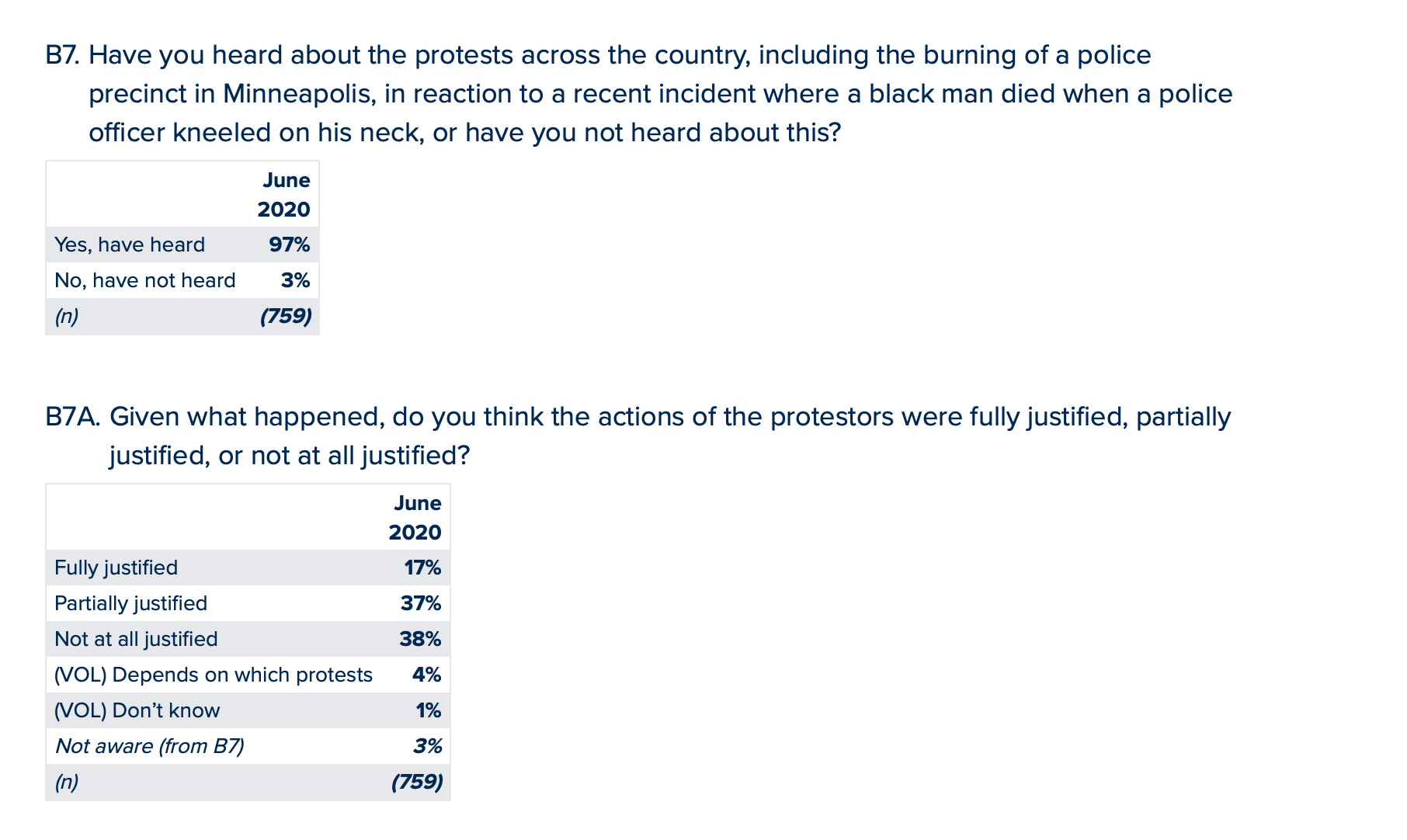 There’s no clarity provided about what something like “partial” justification means here. One interpretation is that all the actions of the protestors had some partial justification. Another interpretation is that some of the actions of the protestors were justified, but some were not. The poll question does not discriminate between these two alternatives.

Note that question B7A frames the justification specifically in terms of “the actions of the protestors”. It’s referring to a variety of actions, only one of which is the police station burning. It’s not isolating the police station incident and asking people’s opinions about it, so it’s ludicrous to act as if that’s what the poll was about.

Note that the police station is referenced in a previous question from B7A, and that the poll was conducted by phone, and not given as something written out for people to reply to at their leisure. People might be in the middle of something and not carefully keeping track of or parsing these questions, and might not be keeping the police station burning directly in mind when replying to the next question.

A better poll question for actually figuring out what people really think about the burning of the police station would ask a simple, direct, yes/no question about that one incident, instead of talking vaguely about “actions” and bringing up complications like whether people were partially justified. Such a poll question was actually asked in a different poll:

In the instance of a Minneapolis police precinct being burned down, 65% believe this was not a justified form of protest, 22% believe it was, 9% were unsure, and 4% had not heard of the incident.

Note that 22% is pretty close to the 17% that thought the actions of the protestors were “fully justified” in the other poll.